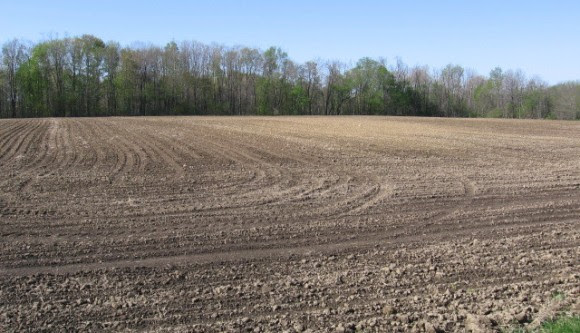 A lot of people have been talking about rain the past three years, and understandably so. However, what a lot of people are not talking about is effective rainfall. What is this? Effective rainfall is moisture that the land is actually able to make use of. It makes no sense to get 4 inches of rain from one storm is your soil is unable to absorb it.

The effectiveness of rainfall is determined by several factors.

They are:
Soil organic matter content
Soil Carbon content
Soil crumb structure
The porosity of the soil – how porous is the soil?
Litter cover
Soil type
Type of plants/shrubs/trees growing in that area

As you can see there are a lot of variables when it comes to the effectiveness of rainfall. They are all equally important and none is more important than the other. Remember nature is not an assembly line or linear. It’s chaotic and functions in whole and patterns, thanks to Allan Savory for recognizing this.

One way famers and ranchers alike could make the rainfall they do get more effective is by having all of the bulleted items above present in/on their soil. For example, soils that have a high Carbon content can hold more water than soils without high levels of Carbon. Litter is also Carbon that has not been integrated below the soil surface by soil critters, yet anyway. One unit of Carbon holds 12 units of water!!!! So, if you have a lot of Carbon in and on your soils, don’t you think you will hold more water than your neighbor?

This is a difficult subject to talk about because everything is so inter-related. However, if I had to say what “the most important thing is” it would probably be a covered soil surface. Covering the soil with litter, which is dead organic material that is most commonly grass that has been trampled by livestock, protects the soil. It keeps the sun off the soil surface which prevents the soil from turning hard and drying out. It keeps the soil cool and moist. It provides food for trillions of soil critter and microbes which turn it into organic matter. It absorbs water. The list could go on and on.

Soil that is left undisturbed by machinery is able to have something known as porosity. Porosity could be defined as the soil having “pores.” What goes into the pores, or open spaces of air? Water, roots, soil critters, Carbon, minerals and all sorts of other stuff! Freezing and thawing also creates a porous soil. A healthy soil should be crumbly and have chucks about the size of cottage cheese. Roots and fungi should be holding together those chucks, forming a “web of life.”

If you are in a area that has mono cropping or massive fields of one crop like corn, soy or wheat, go out into those fields with a spade and dig up some soil. Now, go to a forest or healthy pasture. Compare the two soils. They will be very different!

Soils that are cropped and tilled and fertilized and abused by having one crop grown in them year after year are devoid of all life. They are lifeless! As you’ve just learned, soil needs life in order to be healthy. Tilling destroys the structure of the soil. Where in nature do you see massive areas of land that are tilled? You don’t. Till compacts the layers of soil below the area that doesn’t become tilled. Why is this important? It makes that area into an impermeable layer. Water can’t pass down through that area into the sub soils and eventually aquifers. For the soil that does get tilled, its organic matter and soil life is destroyed because the soil critters need to be covered, moist and at the right temperature. If someone turned your house upside down would you be able to live there comfortably ? No. Soil critters are no different.

So now we have a soil that has no life, it’s structure has been turned upside down and it’s been put in a cement mixer. How is water falling that on soil going to be able to absorb all the moisture? The answer is, it can’t!!! It can’t absorb the water because there is no soil life, no litter, no Carbon and nothing is growing.

Do you all remember the floods in the upper midwest over the past few years? Why did such a huge area flood? Crop land. The soil has no porosity. The water is physically unable to absorb into the soil. All of the crop land is essentially one big piece of plastic. A very small percentage of water is absorbed and the rest runs off into our streams, creeks and rivers and eventually the Gulf of Mexico.

If you don’t believe me go find a barren crop field, which should be plentiful right now, and pour a gallon of water on the soil. You’ll see it start to run off. Now, take another gallon of water and go pour it on a pasture. You’ll almost be unable to see the water after you’ve poured it out because the land will absorb is so quickly.

At the time of writing it’s February 4, 2013. Winter time. If you don’t know I live in Colorado. We recently got about 2 inches of snow. A few days later it warmed up to 50 degrees and the snow melted. It was melted everywhere and there was almost no trace of the snow. That all changed when I drove by a corn field.There was standing water in the corn field from two inches of rain. STANDING WATER.

By having a healthy soil we are able to survive droughts more easily than our neighbors. Got healthy soil?
Posted by Monte at Monday, February 04, 2013