(May 19, 2010) Johannes Lehmann, Associate Professor of soil biogeochemistry at Cornell University, discusses the characteristics of naturally occurring terra preta including its agricultural and carbon sequestering benefits and then turns to considering the factors involved with implementation industrial biochar systems for large-scale carbon sequestration and energy provision.
Posted by Monte at Saturday, January 29, 2011 No comments: Links to this post 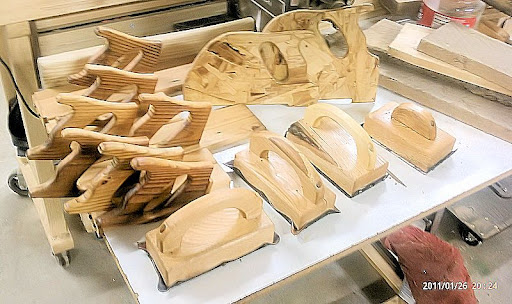 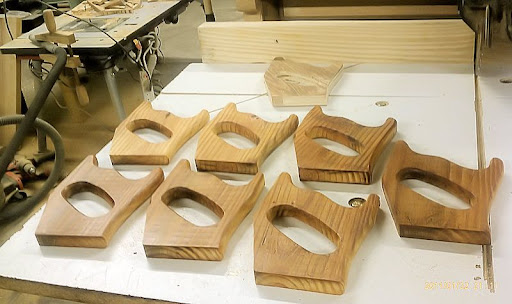 When an old walnut tree right outside The Joinery's building on Southeast Woodstock needed to come down, the master craftsmen at the nearly 30-year-old furniture-making business got to grinning. Founder Marc Gaudin got to thinking: Why don't we harvest that tree and make something beautiful from it? And so they did, turning the tree into a bed and two tables. 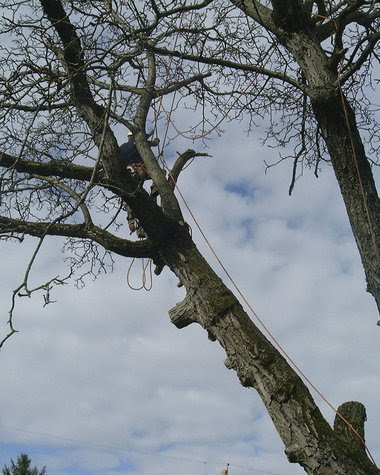 View full sizeTHE JOINERY
A lot of debris was coming off the tree, and a portion of it was dying, says shop foreman Gary Michael about the western walnut right outside the back door of The Joinery. They hired Bruno Tree Care to take the old tree down. It was the first time The Joinery has ever sourced its wood literally from its backyard. No one knows the tree's exact age, but Michael guesses it to be at least 60 years old. 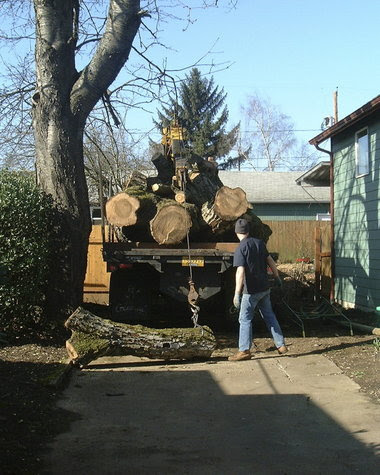 View full sizeTHE JOINERY
The tree came down 2 1/2 years ago. It took the crew from Bruno a day to get it limbed, sawn and loaded on a flatbed for its trip to the Bruno mill. Michael estimates the tree turned into about 700 board feet of wood. Showroom manager Rosy Boyer says that more and more, customers are asking for walnut. Last year, she says, The Joinery did about 6 percent of its business in walnut; now it's doing about 25 percent. Boyer thinks there are a couple of reasons for the increase. First, The Joinery simply has more walnut furniture on its showroom floor, and people are struck by its character. Second, she's seeing a trend to darker woods in all things from flooring to furniture. 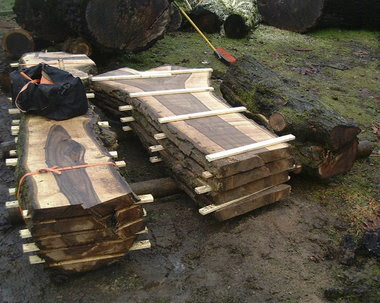 View full sizeTHE JOINERY
After the log's been sawn, it is put back in its original sequence, Michael explains. It is the most convenient way to stack, for one, he says. Freshly cut wood has a tendency to sag and warp. Stacked like this, it supports itself better. Also, says Boyer, some people want to buy sequenced boards. Michael explains that when you place an order that takes more than one board, you want to be able to piece the grain together -- especially in walnut, with its innate variation of grain. 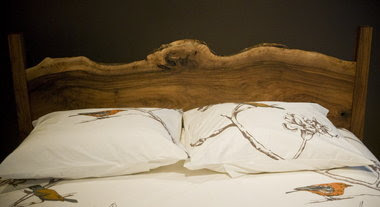 View full sizeThe Oregonian
Michael says it's always fun to see the wood. "Every one's different so it's kind of like opening a Christmas present. ... There could be two trees next to each other and they'll be completely different." 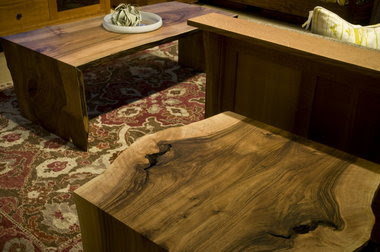 View full sizeThe Oregonian
The tree became a bed, a coffee table and an end table. Gaudin explains that the unfinished edge -- a nod to the original tree -- is called a live edge. The bed retails for $2,630; the coffee table for $1,800; and the end table is $1,500.
Posted by Monte at Monday, January 24, 2011 No comments: Links to this post