Changing the paradigm! Seeing, doing, and believing ... Monte Hines
Posted by Monte at Friday, September 07, 2012 No comments: Links to this post

THE MAGNIFICENT MISSISSIPPI, by Jim Arpy - Great History Stories of The Mississippi River 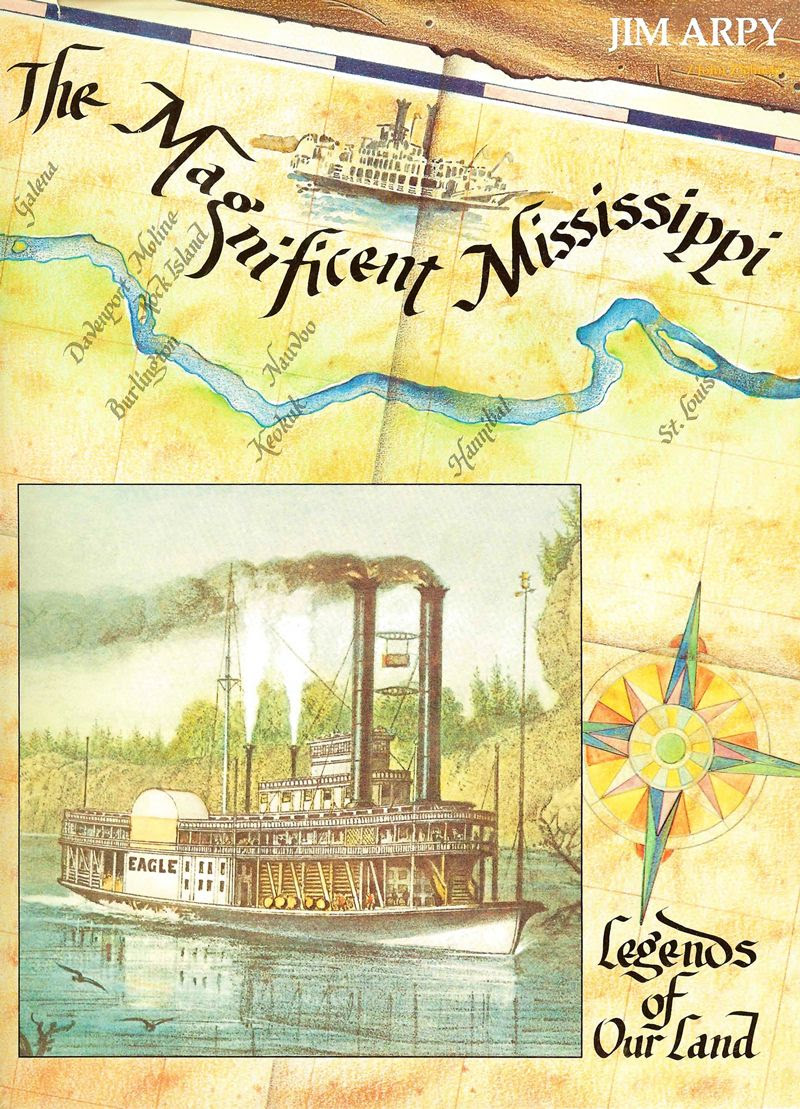 I just read  THE MAGNIFICENT MISSISSIPPI, by Jim Arpy.

It was great! Lots of stuff about this area of river. Blackhawk stories were great, Lincoln being sworn in Army at now the intersection of Andalusia & Ridgewood Road. Clark starting first ferry across Mississippi River between Buffalo, Ia. and Andalusia, IL. Asenal and Cloctower stories included...55 stories in all...   Monte Hines


ABOUT THE MAGNIFICENT MISSISSIPPI

The farmer who shocked his Illinois neighbors when he sawed the horns off his cattle; the bugging of an Iowa mayor's office; the "man from the moon," who was aboard the first steamboat to voyage all the way up the Mississippi River to Minneapolis.

These are just a few of the more than SS true and wonderful tales of the past recounted in Jim Arpy's newest book, "The Magnificent Mississippi," just released by Iowa Heritage Gallery Publications and Sutherland Printing Co., of Grinnell and Montezuma, Iowa.

Arpy's stories of early life in the Upper Mississippi Valley are not told in the dry manner of the historian. Rather, researched and collected by the longtime newspaper feature writer over more than 30 years, they are vibrant and lively accounts of colorful. often off-beat events that helped shape the future.

He portrays the raw, lanky Abe Lincoln being sworn in as a captain in the Black Hawk War, and catches the frustration and pathos of the Indian war leader for whom that unequal struggle was named.

Through the pages of "The Magnificent Mississippi" march heroes and scoundrels, fur trappers and Indian warriors and orators, future presidents and rugged pioneers, stage coach drivers, burlesque dancers, railroad men and horse thieves. Each in his own way became part of the pattern of a colorful history.

"No portion of the United States is richer in history than the Mississippi Valley. The events that occurred in and around that vast portion of the great river were exciting, and often improbable. The purpose of 'The Magnificent Mississippi' is to make Americans aware of its contributions to our shared heritage," Arpy says.

John M. Zielinski, photographer, and author of five books on Midwest history, has illustrated the new book with more than 108 old, and often quite rare, drawings and photographs, many being published for the first time.

Arpy's tales cover a broad range, from the story of the wily horse thief who wouldn't stay hanged, to the wacky saga of the "kissing bug," whose attack, it was said, could leave a victim with a four-pound lip.

He makes the brawling days of the log raftsmen live again, introducing such unlikely characters as "Two-Headed Bob" and "Whisky Jack."

Readers will meet the ambitious young artist who completed a Mississippi River panorama four miles long; the Army surgeon whose Indian wife inspired Longfellow's famed "Song of Hiawatha," the disgruntled military man who retired to a cave with a pet pig and a dog, and will watch John Brown stocking up for the raid on Harper's Ferry.

There are several delightful and touching legends told by the Indians, and awesome accounts of the untamed Mississippi smashing its fetters with great floods and ice jams.
Posted by Monte at Tuesday, September 04, 2012 No comments: Links to this post

Luke and Mark are at the introduction of the 2013 Polaris Ranger 900 XP.
Posted by Monte at Tuesday, September 04, 2012 No comments: Links to this post 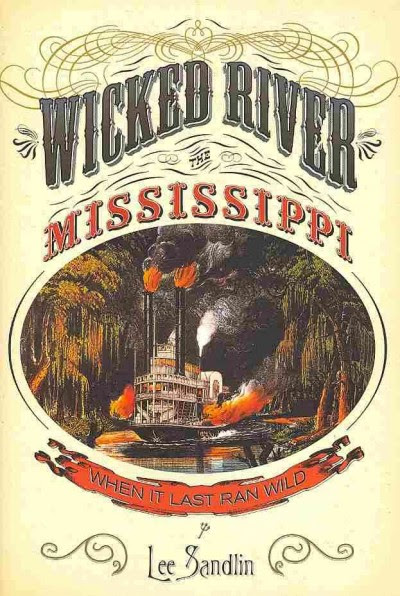 From award-winning journalist Lee Sandlin comes a riveting look at one of the most colorful, dangerous, and peculiar places in America’s historical landscape: the strange, wonderful, and mysterious Mississippi River of the nineteenth century.

Beginning in the early 1800s and climaxing with the siege of Vicksburg in 1863, Wicked River takes us back to a time before the Mississippi was dredged into a shipping channel, and before Mark Twain romanticized it into myth. Drawing on an array of suspenseful and bizarre firsthand accounts, Sandlin brings to life a place where river pirates brushed elbows with future presidents and religious visionaries shared passage with thieves—a world unto itself where, every night, near the levees of the big river towns, hundreds of boats gathered to form dusk-to-dawn cities dedicated to music, drinking, and gambling. Here is a minute-by-minute account of Natchez being flattened by a tornado; the St. Louis harbor being crushed by a massive ice floe; hidden, nefarious celebrations of Mardi Gras; and the sinking of the Sultana, the worst naval disaster in American history. Here, too, is the Mississippi itself: gorgeous, perilous, and unpredictable, lifeblood to the communities that rose and fell along its banks.

An exuberant work of Americana—at once history, culture, and geography—Wicked River is a grand epic that portrays a forgotten society on the edge of revolutionary change.
Related Link:
http://www.amazon.com/Wicked-River-Mississippi-When-Last/dp/0307378519
Posted by Monte at Monday, September 03, 2012 No comments: Links to this post

Mike Lofgren spent 28 years working in Congress, the last 16 of which as a senior analyst for the House and Senate Budget Committees. As a GOP senior staffer, Lofgren had an insider’s perspective on budgetary debates of national consequence, including the Troubled Asset Relief Program (TARP), Hurricane Katrina disaster relief, and national security defense spending.

Frustrated by political infighting related to the 2011 debt crisis, Lofgren turned in his Washington badge to write about the increasingly polarized political climate on Capitol Hill. Soon after retiring, he published a powerful essay in September, 2011 entitled“Goodbye to All That: Reflections of a GOP Operative Who Left the Cult” on Truthout.org. Lofgren’s take on Washington’s gridlock quickly spread throughout the web, exposing what he viewed as a broken system where both parties are “rotten” and “captives to corporate loot.” A year later, Lofgren expanded his analysis of America’s political dysfunction into a book, The Party Is Over: How Republicans Went Crazy, Democrats Became Useless, and the Middle Class Got Shafted.

Since retiring, Lofgren has written for publications including The Los Angeles Times, The Washington Monthly, Truthout, and Counterpunch, and has appeared on numerous radio and TV news interviews.

Lofgren earned his B.A and M.A. in history from the University of Akron, and was awarded a Fullbright Scholarship for his studies in European history.