How One State Protects Taxpayers From Privatization Pitfalls | Alternet

Arguments for privatization too often hide its true costs.

This article first appeared on TruthOut.

One hundred years ago, New York state senator George Washington Plunkitt, a member of the Tammany Hall gang, became wealthy through what he called "honest graft" - or, what honest people would call plundering the public purse. Eventually, when the facts came out, the public was enraged and insisted on good government laws to put an end to the Plunkittocracy.

Today, state and federal "sunshine" laws give the public important anticorruption protection, such as open meetings acts, freedom of information acts and civil service regulations that require government decisions to hire or fire be based on facts and merit - not "honest" graft.

This December, Massachusetts can celebrate the 20th anniversary of another important sunshine law - the Pacheco-Menard Law. This law protects the state treasury and infrastructure - and the people of Massachusetts - from looting. But critics of the law treat the decision about whether public services or infrastructure should be private or public as if it were a choice of paper or plastic, or a team sport where you cheer on Team Privatization.

The Pacheco-Menard law is based on facts that will ensure that the "citizens of the commonwealth receive high quality public services at low cost, with due regard for the taxpayers of the commonwealth and the needs of public and private workers." It creates an open process with fair standards to guide decision-making and ensure that privatization does not cost more. It stops destructive practices by contractors, such as lowering pay and benefits or moving jobs to other states or countries. While it may look as if money has been saved, the reality is that the state loses tax revenue, while the displaced workers draw unemployment and other benefits. The result is less money in the state treasury, no savings and greater costs.

The costs to the public of unemployment and retirement benefits and the monitoring and administering of contract performance add up, but they are often not included in decisions to privatize. The Pacheco law forbids hiding these costs. Before a bid can be accepted, a comprehensive written analysis of the contract cost must be prepared, and the bid must include "the costs of transition from public to private operation." Other public protections include preventing contractors from making lowball bids based on cutting employee wages and benefits and requiring contractors to submit quarterly payroll records to show whether the contractor has underpaid its workers.

Private sector accountability is based on robust market competition that leads to better goods and services at lower cost. Services and infrastructure now provided by state and local government are the result of hard experience with poor service and graft. There is no reason to believe that accountability and quality problems will not recur if public services are privatized.

One privatization advocate claims that "Private firms have access to two federal subsidies that are not available to public agencies: tax deductions for accelerated depreciation on capital equipment and interest payments on borrowed funds" and that "under certain circumstances, the combined effect of these can enable a firm to deliver better services at a lower cost than a public agency can."

It is possible to dream up many theories about why the private sector might do a better job than the public sector. But in the real world, facts are facts, and a law that promotes good decision-making is definitely in the public interest.
How One State Protects Taxpayers From Privatization Pitfalls | Alternet
Posted by Monte at Saturday, November 16, 2013 No comments: 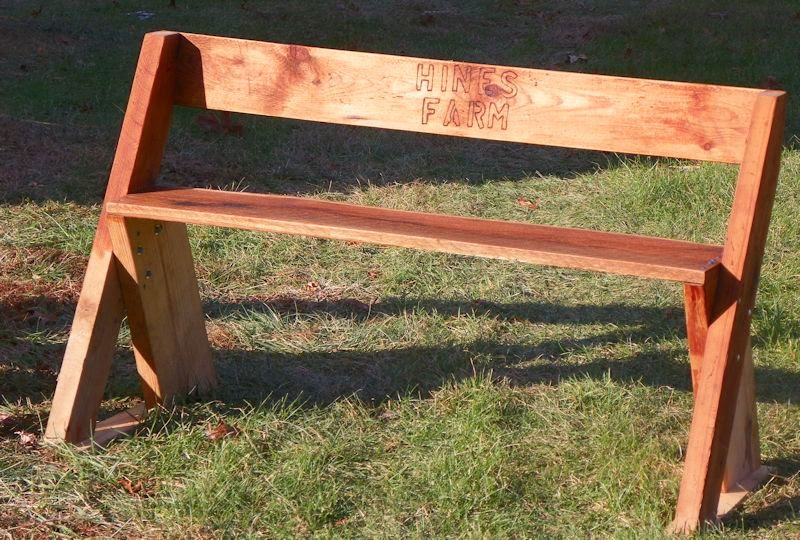 We love the simple strong construction... using some left-over framing lumber and rough sawed walnut lumber from the farm... Monte & Eileen
Posted by Monte at Thursday, November 14, 2013 No comments: 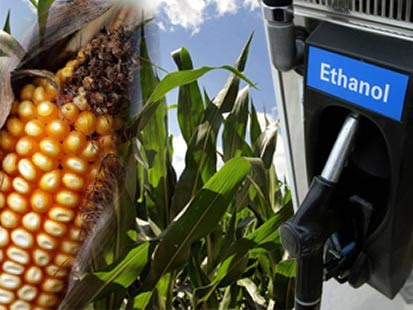 CORYDON, Iowa (AP) -- The hills of southern Iowa bear the scars of America's push for green energy: The brown gashes where rain has washed away the soil. The polluted streams that dump fertilizer into the water supply.

Even the cemetery that disappeared like an apparition into a cornfield.

It wasn't supposed to be this way. See Complete AP Story


News from The Associated Press
Posted by Monte at Wednesday, November 13, 2013 No comments: 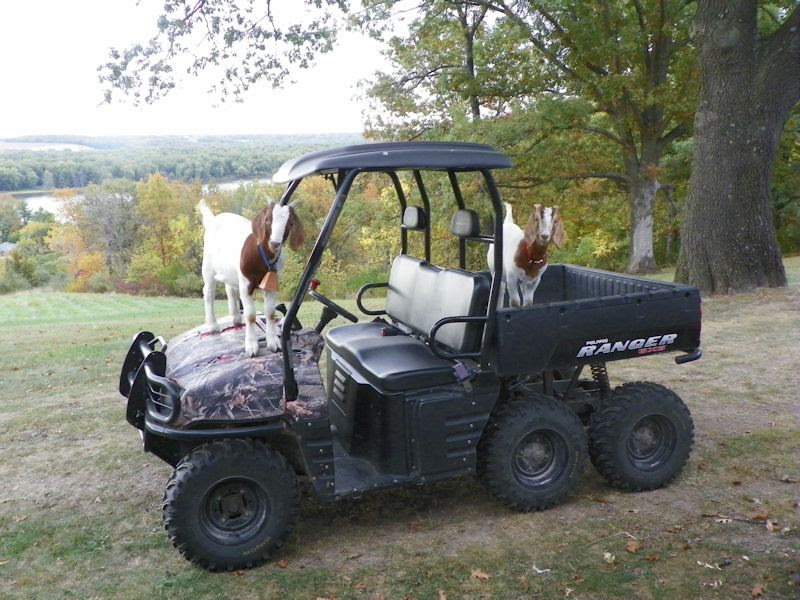 Our Buddies Ready For A Ride!
Larger Picture 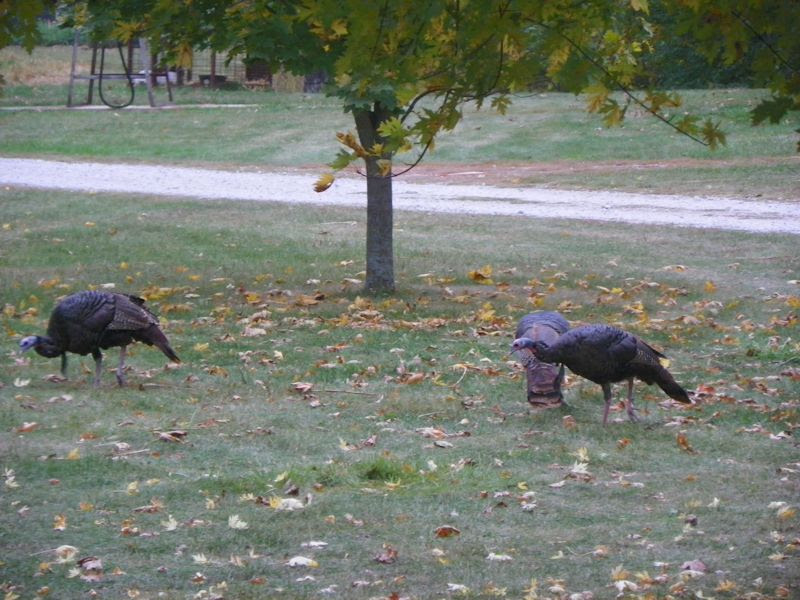 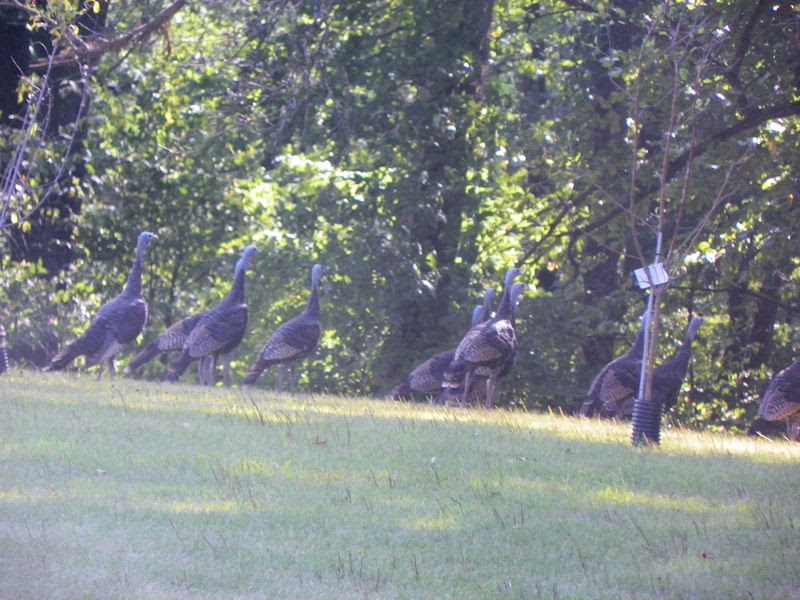 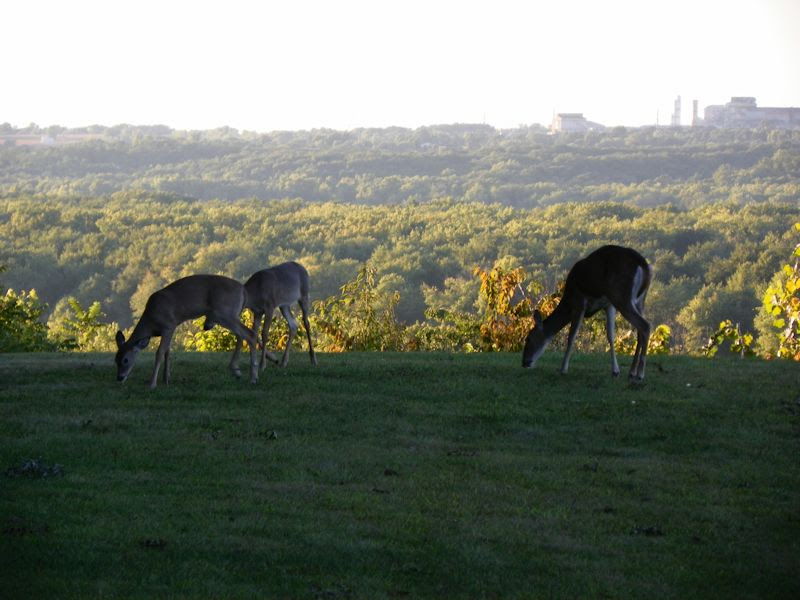 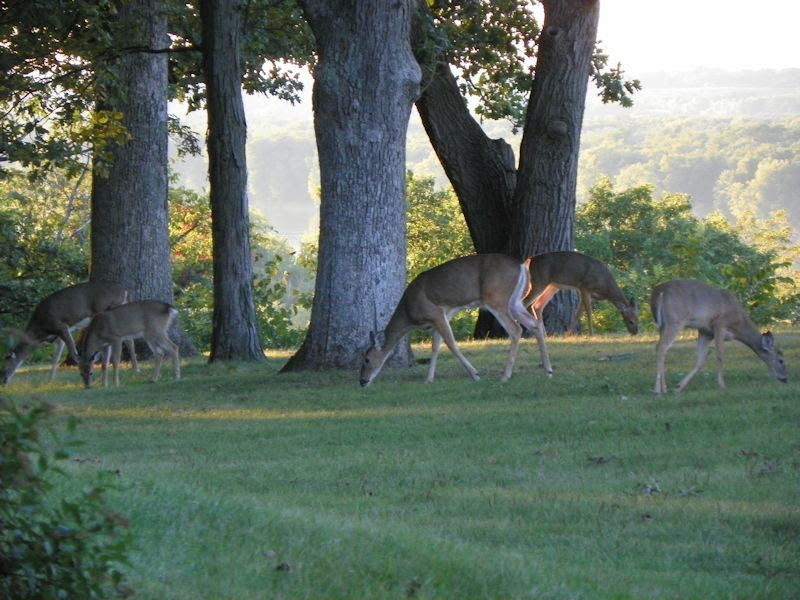 Posted by Monte at Wednesday, November 13, 2013 No comments:

"'Connected' is a film made by Paul and Kate Maple, a UK based family who have made it their lives for the last 4 years. Worried about the future and the seemingly insurmountable mountain of problems in the world, Paul and Kate decided to ditch their busy lives and start working out if there was any way they could help create positive social change..." www.globaldocumentary.org

Connected - A film for change - YouTube
Posted by Monte at Monday, November 11, 2013 No comments:

(Verse 1)
The sun goes around, everything now
Seems like its heating up, steaming from the ground
Said the traffic lights go, everything slow
Engines still burning though, you can smell the smoke
Blowing and it rise, haze up in the sky
Coughing/Coffin on the ground, another day goes by
As we drip, drip die, struggling I
Wondering if life as I know can survive
Cause it seems like everything is gone before you blink
Politicians still smiling while we flying by the brink
Its like we on a ship, only thing different is
Where you gonna swim when the whole city sinks and...

(Verse 2)
No matter location, dollar denomination
Political placement or religious persuasion
The nature of the globe is a single situation-
We all facing the same devastation, frame:
A rainforest where it ain't raining
That's what's happening in the Amazon Basin
Where deforestation leads to desertification
...No more trees to breathe, we'll be suffocating
I hope it won't happen, but I fear that it will
If we don't start to see how meat truly kills- its
More than just the chicken and the cow and the pig
Its the space it takes up to make them live
Gotta give the utmost place to Nature
So this sacred cradle can stay stable
And start protecting her last precious living bits
To nurture Earth, like the treasure that she is where....
( Chorus Same as 1st )

(Verse 3)
Alright now come on listen cause we
Really got no time to waste, we gotta face it
Flames on the rise today, try to escape it
But where you gonna hide away - asphyxiation
Make you wanna fry but wait- don't be afraid cause
There's still a little time to take for the occasion
'Fore it caves in and breaks, we better brace
Even if it makes you cry - the haste, for me to say
This could be one of the last days
...To change
Ever since the beginning
Of this civilized killing age we've been erasing
Cutting down the forests and plains and replacing
With stains but it can't sustain, cause its straining
The soils and the streams- our veins... now its changing
The weather and its getting so insane!
That the atmosphere depletes, feeling the pain
Now if the heat keeps raising and the rains...
This Earth may go up in flames


Change The Earth - Gaiaisi - YouTube
Posted by Monte at Sunday, November 10, 2013 No comments:

In the Light of Reverance 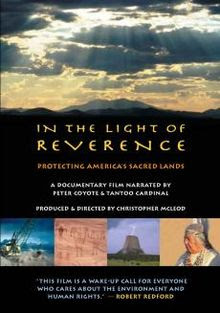 In the Light of Reverence is a documentary produced by Christopher McLeod and Malinda Maynor. It features three tribal nations, the Hopi, the Winnemem Wintu, and the Lakota Sioux, and their struggles to protect three sacred sites.
In the Light of Reverance
Posted by Monte at Sunday, November 10, 2013 No comments: