Removing, cleaning and reassembly of carburetor hoping to repair the erratic idle that so many are having.
▶ Honda EU2000i Carb Overhaul - YouTube
Posted by Monte at Saturday, October 26, 2013 No comments: 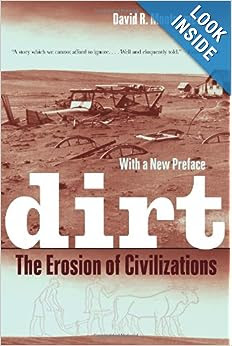 Three reasons why Germany is kicking our arsch on solar | Grist

Germany is racing past 20 percent renewable energy on its electricity grid, but news stories stridently warn that this new wind and solar power is costing “billions.” What is often left out (or buried far from the lede) is the overwhelming popularity of the country’s relentless focus on energy change (energiewende).

How can a supposedly expensive effort to clean up the energy supply be so popular?

1. It’s about the cost, not the price

Most news stories focus on the cost of electricity in Germany, which has some of the highest rates per kilowatt-hour in the world. But they don’t note that the average German electricity bill — about $100 a month — is the same as for most Americans. Germans are much more efficient users of energy than most, so they can afford higher rates without having higher bills. (Note to self: Check out options for energy efficiency.)

Germany doesn’t just have an incremental approach to renewable energy, but a commitment supported by 84 percent of residents to get to 100 percent renewable energy “as quickly as possible.” A few U.S. states have renewable energy visions (e.g. 33 percent by 2020, 25 percent by 2025) that approach Germany’s, but they’re mired in the notion that despite enormous savings to society in terms of health and environmental benefits, renewable energy shouldn’t cost any more today than conventional, dirty energy on the utility bill. Germans have taken the long view (about energy security, price volatility, etc).

I lied in No. 1. Support for Germany’s renewable energy quest isn’t about cost of energy, but about the opportunity to own a slice of the energy system. Millions of Germans are building their retirement nest egg by individually or collectively owning a share of wind and solar power plants supplying clean energy to their communities. Nearly half of the country’s 63,000 megawatts of wind and solar power is owned locally, and these energy owners care as much about the persistence of renewable energy they own as they do about the energy bill they pay. Not only do these German energy owners reduce their own net cost of energy, every dollar diverted from a distant multinational utility company multiplies throughout their local economy.

Not only does local ownership flip the notion of energy costs as consumers become producers, it also flips the notion of political ownership. Three-quarters of Germans want to maintain a focus on “citizen-managed, decentralized renewable energy.”

The tunnel vision emphasis of cost, which is so prevalent in the press, reflects the perspective of incumbent utilities, whose market share declines as their former customers produce their own power. It’s a story that plays out in the U.S., when debates over new power plants focus narrowly on the cost per kilowatt-hour rather than how an individual or community can retain more of their energy dollar.

It may seem that Germany is going renewable “at all costs,” but only if we are resigned to being energy consumers. Our energy transition is a once-in-a-lifetime opportunity to take charge of our energy future. That’s priceless.

John Farrell is the author of Energy Self-Reliant States and a senior researcher at the Institute for Local Self-Reliance, where he focuses on renewable energy policy.
Three reasons why Germany is kicking our arsch on solar | Grist
Posted by Monte at Wednesday, October 23, 2013 No comments: It hasn’t been a good week for Monsanto and the rest of the biotech industry.

Just three days ago, Mexico banned genetically engineered corn. Citing the risk of imminent harm to the environment, a Mexican judge ruled that, effective immediately, no genetically engineered corn can be planted in the country. This means that companies like Monsanto will no longer be allowed to plant or sell their corn within the country’s borders.

At the same time, the County Council for the island of Kauai passed a law that mandates farms to disclose pesticide use and the presence of genetically modified crops. The bill also requires a 500-foot buffer zone near medical facilities, schools and homes — among other locations.

And the big island of Hawaii County Council gave preliminary approval to a bill that prohibits open air cultivation, propagation, development or testing of genetically engineered crops or plants. The bill, which still needs further confirmation to become law, would also prohibit biotech companies from operating on the Big Island.

But perhaps the biggest bombshell of all is now unfolding in Washington state. The mail-in ballot state’s voters are already weighing in on Initiative 522, which would mandate the labeling of genetically modified organisms (GMOs). Knowing full well that 93 percent of the American publicsupports GMO labeling, and that if one state passes it, many others are likely to follow, entrenched agribusiness interests are pulling out all the stops to try to squelch yet another state labeling effort.

This time, however, things aren’t going quite as planned. On Wednesday, Washington state Attorney General Bob Feguson filed a lawsuit against the Grocery Manufacturers Association (GMA). The GMA, a lobby for the junk food industry, has been by far the largest donor to efforts to defeat the labeling initiative. The lawsuit alleged that the GMA illegally collected and spent more than $7 million while shielding the identity of its contributors.

The source of the money has now been exposed, and it turns out to be Pepsico, Coca-Cola, NestleUSA, General Mills and a few other junk food companies. The lawsuit revealed that GMA leadership held a series of secret meetings to plot how to perpetrate a money laundering scheme and illegally hide member donations from Washington state voters, in direct violation of campaign disclosure laws.

Unlike the junk food companies that feared consumer backlash, Monsanto hasn’t even bothered to hide the more than $4 million the company has given to the “no” campaign. In fact, GMA, Monsanto and a handful of other corporate donors have now broken a state record by pouring more than $17 million into their effort to stop Washington’s GMO labeling ballot initiative.

Voting is already underway in Washington, and the final ballots will be cast on November 5. The “yes” side is ahead in the most recent polls, but supporters of the right to know fear that a barrage of heavily funded and misleading ads could sour voters to the initiative.

They remember that just last year, California’s Proposition 37 was well ahead in the polls until Monsanto and its allies spent more than $46 million on their campaign in the Golden State.

All this label fighting and money laundering leads to some very significant questions. Why are Monsanto and the junk food industry willing to spend many tens of millions of dollars every year trying to keep you in the dark about your food? What doesn’t big food want you to know? And what are they afraid might happen if you did?

Monsanto tells us that their products are about the best thing to come along since sliced bread. For years they’ve been promising that GMOs would reduce pesticide use, increase yields, reduce water consumption, and offer foods that are more tasty and more nutritious.

I wish they were right.

But in the 20 years since GMO crops first came on the market, studies have found that they have led to higher pesticide use, and no meaningful improvement in flavor, nutrition, yield or waterrequirements. Instead, what they’ve created are plants that are engineered to withstand massivedosing of toxic herbicides, and plants that function as living pesticide factories. Monsanto’s Bt. corn, for example, is actually registered with the EPA as a pesticide.

With concern about GMOs growing fast, and with the public being pummeled with vast amounts of misinformation, there is a tremendous need for clear, accurate and reliable information about GMOs. In response, the 100,000+ member Food Revolution Network and the Institute for Responsible Technology are co-sponsoring a free online GMO Mini-Summit. From October 25-27, some of the top GMO experts on the planet will be providing insights and clear calls to action in this teleseminar that is also being broadcast without charge on the Internet. Monsanto probably isn’t too happy about the prospect of tens of thousands of people getting informed and mobilized. But if you love life, safe food, and the truth, then you might want to check it out.

And if you want to lend a hand to getting out the vote in the state of Washington, you can sign up to volunteer here.

Nobody knows what’s going to happen in Washington between now and November 5. But from Mexico, to Hawaii and to the 64 nations that already have GMO labeling, this tide just might be turning.

Maybe we, the people, do get a say in what we know, and what we eat, after all.

Ocean Robbins is co-author of Voices of the Food Revolution, and serves as adjunct professor for Chapman University and CEO and co-host (with best-selling author John Robbins) of the 100,000+ member Food Revolution Network. The GMO Mini-Summit starts October 25. Find out more here.