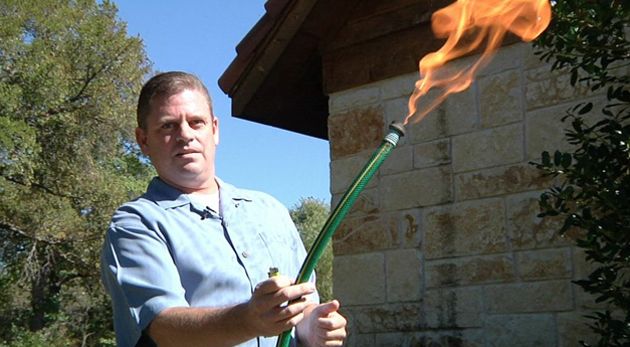 Movie sequels are typically reserved for superhero franchises (and occasionally Michael Bay). Not scrappy social-issue documentaries. But director Josh Fox's 2010 documentary Gasland, which was nominated for an Academy Award, helped spark such an enormous national interest into the negative impacts of natural gas drilling that he decided to make a sequel.

"When we put the first movie out we were astounded," Fox recently told Mother Jones. "We…never figured that 'fracking' would become a household word."

Gasland ended with coverage of a June 4, 2009, hearing by the House Energy and Minerals subcommittee that addressed the safety and risks of natural gas drilling. Fox narrates, "The FRAC Act is making its way through Congress, and industry is lobbying hard against it." The FRAC Act called for the removal of hydraulic fracturing's exemption from the Safe Drinking Water Act, and would have implemented federal regulation of the industry. But the bill never received a vote.

Gasland Part II premieres tonight on HBO and picks up in the spring of 2010, with Fox touring the Gulf of Mexico by helicopter. Below, oil from BP's exploded Deepwater Horizon rig streams along the surface. Through voiceover, Fox explains how difficult it was to get clearance to fly in the area. "Journalists would call up the FAA to clear flights," he says, "and BP would answer the phone." It's an emotional sequence, which immediately sparks a sense of injustice and opens up the film's broad theme of industry influence on government.