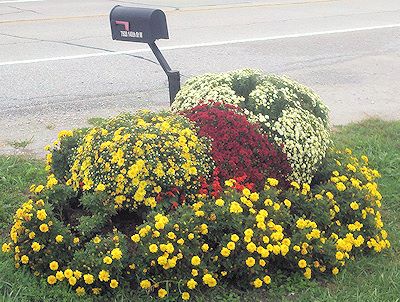 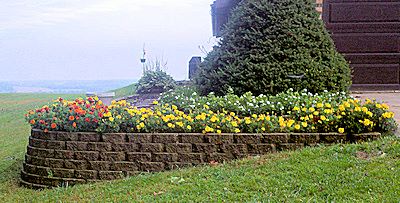 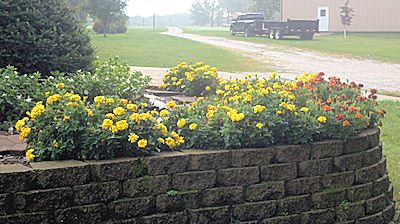 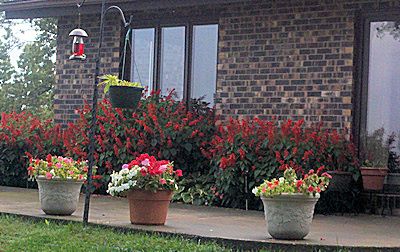 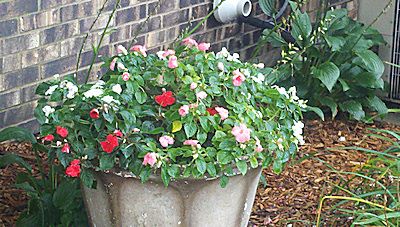 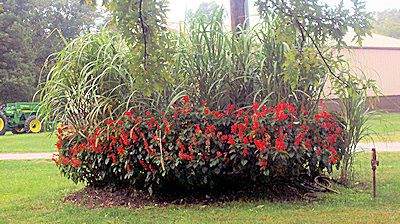 Posted by Monte at Wednesday, September 28, 2011 No comments: 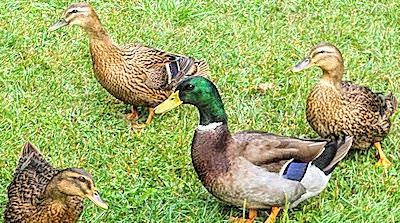 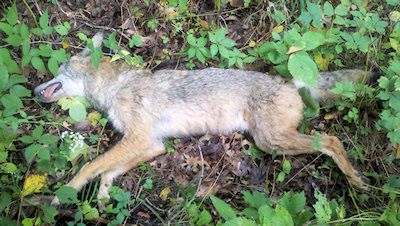 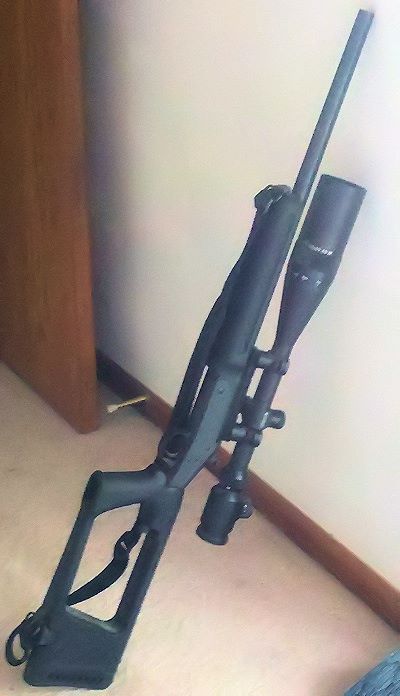 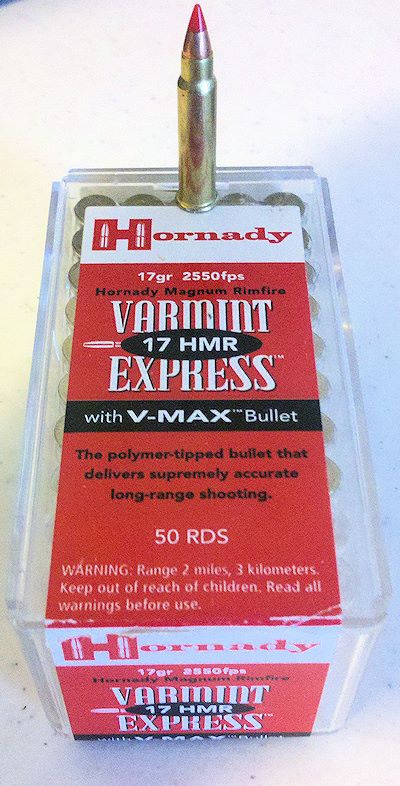 Wonder How To » How To Videos & How-To Articles

WonderHowTo.com is one of those sites that makes curious people happy. It started out as an effort to find, curate and index all the great videos on the internet, and now provides more than 170,000 how-to videos & articles from more than 17,000 specialized creators, spanning 35 vertical categories and 424 sub-categories.
Posted by Monte at Wednesday, September 28, 2011 No comments:

In ’supercritical hydrolysis,’ a new process for biofuels | SmartPlanet

PHILADELPHIA — Here in a warehouse comprised of little else besides plywood, steel beams and concrete, bioindustrial startup Renmatix announced a new process that it says allows it to produce cellulosic sugars — from which some types of biofuel are derived — more cheaply than ever.

Pennsylvania governor Tom Corbett, Kleiner Perkins Caufield & Byers investor John Doerr and others were in attendance here at Renmatix’s unfinished headquarters in the Philadelphia suburb of King of Prussia as the company revealed its new process, developed at its facility in Kennesaw, Ga.

Renmatix says its industrial-scale process breaks down cellulose through something called “supercritical hydrolysis,” which uses water at high temperatures and pressures to quickly solubilize cellulose from sources such as wood. The process doesn’t require enzymes or chemicals, and can break down non-food biomass in seconds, as opposed to days.

It’s a process that has been used in the pharmaceutical and food and beverage industries (coffee decaffeination, for example), but in bioindustry has never yielded enough sugar from biomass to pursue at commercial scale.

The company says the process produces much of its own process energy and uses no significant consumables, though it’s clear that water consumption looms large for the process.

“We’re doing this. This is real. We take those wood chips, put them through the process described, and we then make cellulosic sugars that we sell to our partners,” chief executive Mike Hamilton said. “This is happening. This is not a dream.”

Will Renmatix’s new process usher along a shift from petroleum-based fuels to bio-based alternatives? It remains to be seen, but lowering the cost of biofuels without encroaching on agricultural needs is essential if bio-based renewable fuels are to be a success.
Posted by Monte at Wednesday, September 28, 2011 No comments:

I'm returning from Nebraska, where the state university's Cornhusker football team is treated as something akin to religion. In Lincoln, Nebraska football is truly the only game in town and the Cornhuskers football program has rewarded this devotion with a long record of success. The team has certainly brought championships, but not necessarily politics.

At another sold-out football game in Lincoln last Saturday, an ad for the TransCanada Keystone oil pipeline played on the stadium's HuskerVision Jumbotron. The ad came at the end of a slickly produced highlights video lauding the Huskers 1978 Big 8 Championship squad. At the end, came the notice that the video was "brought to you by The Husker Pipeline.” Tens of thousands of fans proceeded to swallow their beer, put down their food and boo. It was actually more than booing. It was more like loudly seething. I don't think the Oklahoma Sooners ever produced a reaction like this.

As the Lincoln Star Journal reported, “[when] the logo for the video's sponsor appeared at the beginning and end, people in the stands began booing. 'To me, that was just a real strong gut punch as a Nebraskan,’ [Cornhusker fan Allen] Schreiber said. To him and others who saw the video titled the 'Husker Pipeline,' it appeared to be an advertisement for sponsor TransCanada.”

The fans’ anger toward TransCanada is justified. This proposed 1700-mile pipeline would connect the Canadian Tar Sands to US oil refineries, running right through Nebraska on its way to the Gulf Coast. This mass dredging of Tar Sands oil, the world’s dirtiest fuel, has been subject to international opposition. At the White House in August, there were more than one thousand arrests over a two-week] period as people laid their bodies down at President Obama's doorstep in protest to the project.

Obama has hinted he will get on board with the pipeline even though his own state department has admitted that the process would release a catastrophic amount of greenhouse gases and would be like hitting the ozone layer with a wrecking ball. As environmentalist Bill McKibben said, if this pipeline is built, it is "essentially game over for the climate."

In Nebraska, anger from every side of the political spectrum has built against this project poised to snake its way through the state. The reasons are very understandable. In the words of journalist Brian L. Horejsi, it will “rip a 50 to 150 foot physical and ecological trough through public and private property and run roughshod over the legal right of thousands of public and private land owners to object to forced entry of their property.” The cascade of Cornhusker boos were certainly enough for the University. On Wednesday the school announced that it was ending sponsorship ties with TransCanada and the Stadium would no longer blare their slickly produced ads.

Nebraska’s Athletic Director, former legendary head coach and Republican Congressman Tom Osborne said, "We have certain principles regarding advertising in the stadium such as no alcohol, tobacco or gambling advertisements. We also avoid ads of a political nature...Over the last two or three months, the pipeline issue has been increasingly politicized. Our athletic events are intended to entertain and unify our fan base by providing an experience that is not divisive."

Heather Kangas, who was one of the thousand arrested at the White House said to me, "The Cornhuskers letting go of their TransCanada sponsorship proves that Nebraskans are leaders in fighting the Keystone XL pipeline and that university students there are not just football fans but are active members of a community that will not allow themselves or their university to be won over by TransCanada's expansive PR campaign. This decision should make it more difficult for Obama to approve this because young people clearly are opposed to a dangerous pipeline carrying toxic tar sands through their state."

So often, commercial interests hijack our treasured teams to brand their products. It's estimated that TransCanada dropped $200,000 at the University of Nebraska to lubricate their oil pipeline's arrival. But the Cornhuskers weren't having it. It shows that as much as we might want to see the experience of being a fan as a cocoon, shielding us from the pressing issues around us, the reality is that the real world and the sports world are interwoven in ways that will continue to provoke resistance in the years to come.


[Dave Zirin is the author of “The John Carlos Story” (Haymarket) and just made the new documentary “Not Just a Game.” Receive his column every week by emailing dave@edgeofsports.com. Contact him at edgeofsports@gmail.com.]
Posted by Monte at Sunday, September 25, 2011 No comments: